Thanks to Steve Eubanks of Global Golf Postings for bringing this project to my attention. 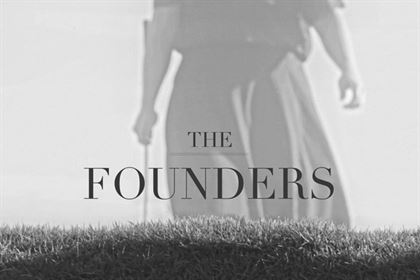 The film is called The Founders, the story of the 13 original creators of the LPGA.  And it has been a labor of love for producer/director Charlene (Charlie) Fisk for the better part of a year. Along with the volunteer efforts of an architect, an artist and a couple of writers, Fisk has been digging through archival footage, interviewing current and past players (including the four surviving founders who originally launched the LPGA in 1950), spending countless hours in the editing suite and shooting some of the most moving footage you will ever see.
The trailer, which you can see below, brought all the attendees to attention. But the additional footage that Fisk shot and edited – a three-minute clip shown only to those of us who were there – moved us all to tears.

– Thanks to Steve Eubanks for spreading the word – See more at: http://www.globalgolfpost.com/blog/the-founders-chronicles-lpga-beginnings/#sthash.NDGYxLLx.dpuf

IMPORTANT! – Even though they already have a major motion picture distributor, Fisk is still trying to raise $200,000 to complete the film. She hopes to have a soft debut at the 2015 Founders Cup followed by a red carpet premier in Atlanta before it goes into theatrical release.

“The response has been tremendous,” Fisk said. “We just have to get that final push to the finish line. We have to make it happen.”  Read more about how LPGA star Karrie Webb’s donation gave the project a real boost.