Tiger Woods announced today that he will rejoin the PGA Tour…

“The Masters is where I won my first major and I view this tournament with great respect,” Mr. Woods said in a statement. “After a long and necessary time away from the game, I feel like I’m ready to start my season at Augusta.” – Wall Street Journal, 3-16-10

It’s been 4 months since he disappeared from view after the sex scandal exploded his marriage and career. Choosing to return at the Masters is probably a very wise move as Augusta National sets very strict limits on the media and on the crowds who circle the fairways. Very few media are allowed and the spectators who attend are expected to maintain the highest level of decorum or they will be removed from the course. As a result there is no chance that rowdy crowds or eager media will get in Tiger’s face or disrupt the game.

It also means that this golf tournament will be one of the most closely watched in decades, guaranteeing record numbers of TV viewers and high revenues for those advertisers who promote  their products during the broadcast.

It’s going to be interesting how this all plays out. After admitting infidelity and undergoing over two months of therapy, Tiger admits that he still has a long way to go. In December he gave a statement to the public…“Although I’m returning to competition, I still have a lot of work to do in my personal life.” Since December several major corporate sponsors have scaled back or abandoned their endorsements of Tiger. Will they return?

Although he is in great physical shape, at the age of 34 Tiger has only a few years of peak golf performance left. If he is ever to beat Jack Nicklaus’ record number of tournament wins, now is the time to play.

4 comments for “Tiger Woods Returns To Golf At The Masters – Will You Watch?” 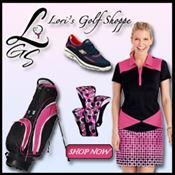